When Snapchat Stories came out, people didn’t know how to capitalize on 10-second vignettes that disappeared after 24 hours. Socially, it must have done something right because social media giants, Facebook and Instagram quickly followed suit. On a personal level, the instantaneous connection makes you feel like you are actually part of what is happening and dismisses the famed #FOMO, or fear of missing out.

For businesses that jumped on the bandwagon, they have seen a great number of followers that spend their time everyday to see what their favorite brands are doing. Analytics or not, there is traffic and loyalty being driven to their companies.

One of the companies known for their Snapchat prowess is Taco Bell. Maybe it is because people are always hungry, but their social media game is on point. Not only do they have daily stories, but they advertise on Snapchat and have their customers screenshot their promotions for free stuff.

Their most recent promotion of their new store in the Las Vegas Strip got many people downloading their mobile app. 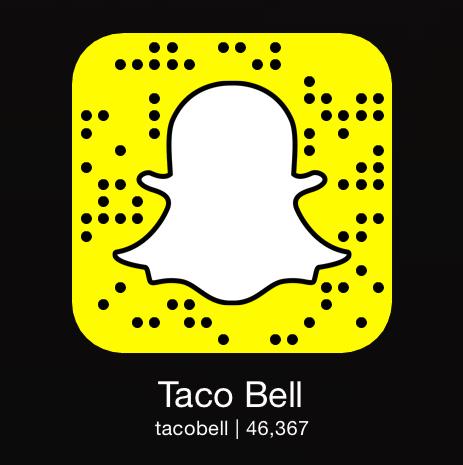 Now that you can subscribe to Stories, companies like Mashable, are using it to report live. You may or may not have seen it in action during the 2016 elections, but it was there. Mashable used it to report stories during the massive storm in New York that left people stranded in their homes.

A new feature come out a couple of months ago where you can access your Camera Roll and share your pics on Snapchat (for moment when you’re low on data hahaha). Another new feature shows your location to your friends and see what is going on around you. These new addition allow customers to be involved and be given a shout out. People love getting some good shout outs.

Humans like knowing things. Snapchat has allowed for regular people who normally have to wait for a big reveal gain behind-the-scene info. It makes them feel special. The value is in the fact that when they open their Snapchat to view the stories, they are joining the companies in their journey. How are you using Snapchat? Let us know at Tractus Online!